What you need to know to grow grass in the shade 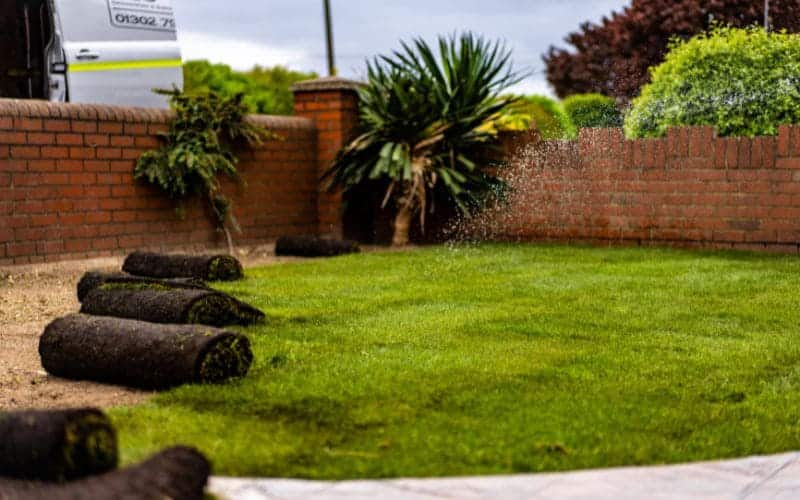 When you have the need or intend to grow grass seed, you need to know the best turf for shade or non-shaded areas, and you also need to understand both the negative effects of lack of sunlight as well as the cultural practices that minimize these difficulties.

As you know, buildings and other structures can shade lawn surfaces, but trees generally cause the most problems of this type. The most obvious impact is the reduction in available sunlight. Grass, like most plants, converts light energy into carbohydrates through photosynthesis, a source of energy for plant growth and development. Because of this, if the grass does not receive enough sunlight to produce “food” (carbohydrates), its vigor and growth will be reduced. Not all wavelengths are equally effective in the process of photosynthesis.

All plants with green tissues absorb and use for the production of carbohydrates primarily the orange wavelengths, red and blue and on the contrary reflect the green and yellow that are not as effective for the process. Typically, most of the light that ultimately reaches grass in shady locations has already filtered through the tree canopy and is low in the amounts of wavelengths valuable for photosynthesis and carbohydrate production.

The presence of trees not only affect the surfaces covered by grass but also produce superficial roots that compete with the grass for the uptake of nutrients and water. At some point in the growth cycle, this competition inhibits turfgrass growth and it becomes very difficult to maintain the plant in a high-quality state. The use of rainwater under the treetops is very limited, to the point of producing water stress situations for some species in some cases.

This is a very common situation when you start listing problems that occur in shady places. In some cases, there may be an increase in relative humidity and a decrease in air circulation, favorable conditions for the development of some types of fungi such as Powdery Mildew (Erysiphe graminis), mosses and algae. This type of fungus can be found, in general, in spring and autumn, in regions of Europe, the United States and northern Japan, when the climatic conditions mentioned above and temperatures between 15ºC and 22ºC occur. Susceptible are Poa Pratensis, Fine Festucas, Agrostis and Ryegrass.

Low-cut lawns with some thatch, composed mainly of species with less aggressive growth, are more susceptible to the appearance of moss. These plants grow in relatively neglected, low fertility sites with very poor soil aeration and poor drainage. Excessively acidic and shady soils, poorly watered and compacted or a combination of all these characteristics favor the development of these mosses. The best control is to maintain a vigorous growth of the planted species in that sector of the land, leaving a higher cutting height, controlling the percentage of thatch that does not exceed 1.3 cm thick, adjusting the pH between 6 and 7 and adapting some other more vigorous species or variety. Moss can be removed by vigorous raking and, as soon as it becomes visible.

Algae are a group of small, stringy green plants that make their own food. It generally occurs in very wet soil conditions, forming a thin, slippery, green to brownish layer that grows on bare ground or grass with very little cover. High fertility and species that are not very aggressive in their growth favor the development of algae. They are generally found on low, shady, high-traffic soils due to soil compaction.

Over time, these algae dry up forming crusts of about 4 mm that end up breaking and rising like tree bark. To prevent the appearance of algae, good surface and subsurface drainage must be provided when new grass covers are established.

Avoid frequent watering during the afternoon or night and avoid flooding the ground. There are algaecides and fungicides on the market that work together to prevent the appearance of algae. The pH must be corrected if necessary. Applications of Sodium Hypochlorite or Lavandina at 0.01%, 60 grs. of Copper Sulfate every 100 m2 or the use of fungicides such as Chlorothalonil or Mancoceb, together with the aforementioned tasks, are fundamental tools for the control of this disease.

Clever management of tree thinning and trimming is essential to minimize the effort of growing grass in shady places. The lower rate of grass growth in these sectors occurs very gradually over the years depending on the intensity of the shade. As the crowns of the trees grow, their surface area and the density of the shade provided increase. In turn, the volume of roots in the soil also increases in the same proportion, competing with the grassroots for water and nutrients.

This competition generates soil compaction due to the extraction of elemental nutrients and water and causes a loss of structure due to the lack of grass cover. We must consider the elimination of trees that contribute nothing to the landscaping of the garden.

The pruning of the branches of the trees that are below two and a half meters in height, allow the entrance of the morning and afternoon sun rays that reach the lawn, as well as the pruning of branches of the upper cup allows them to filter the rays and photosynthesize in a higher percentage. Consult an arboriculture specialist if you need to eliminate specimens of a large size and number of years.

When a turfgrass cover needs to be established under partial shade conditions, species and cultivars should be chosen. Within the species that are obtained through seeds, the most tolerant is the Festuca Rubra and secondly the Festuca Arundinancea or combined with each other.

In our country, the Festuca Rubra is sensitive to high summer temperatures, for which the Arundinacea, and mainly the Festuca arundinacea Turf Type Excel II, is the most chosen to solve partial shade problems in dry places. Also, the Poas Pratensis and Trivialis are species that can be obtained in places where the shade is the protagonist. Poa Trivialis is moderately shade tolerant and is limited to moist, fertile areas, not places of high temperatures, drought, and heavy traffic.

A widely used mixture of species is the well-known Media Sombra (Planting density 4 – 5 kg/100 m2), made up of Festucas Rubra and Arundinacea, Poas pratensis and annual and perennial Ryegrass. The latter are slightly shade tolerant. Excel II Festuca Turf Type is the species most used to solve problems in partial shade and also for planting in full sun on highly demanding sports fields. The best soccer fields in the country have already proven the use of this Blend in their grass covers.

The planting density of Excel II in semi-shade conditions is 5-6 kg every 100 m2. Excel II Festuca Turf Type is the species most used to solve problems in partial shade and also for planting in full sun on highly demanding sports fields. The best soccer fields in the country have already proven the use of this Blend in their grass covers.

These new varieties of Festucas Turf Type have been improved over the last few years. A fine-leaved fescue plant that forms a dense cover is more resistant to diseases and damage from soil insects and is very tolerant to high temperatures in most regions of our country.

The best planting time is related to fall and early spring. It is necessary to achieve a very good root development in very well-structured soil, before the great heat of summer arrives. The recommended cutting height for months of high temperatures is 6 to 7 cm.

It is necessary to regulate the size of the leaf throughout the different seasons of the year to leave the largest photosynthetic surface. This is achieved by keeping the mowing height as high as possible for the semi-shaded areas, between 5 and 8 cm high. The removal of fallen leaves from trees and the removal of grass clippings improves the arrival of light for greater photosynthetic activity.

Nitrogen fertilization, in some cases, should be reduced to half the dose used in fertilization of lawns in full sun. This will prevent excessive leaf growth that impairs the plant’s carbohydrate pool. Watering should be as infrequent as possible, up to once or twice a week, to minimize future fungal problems.